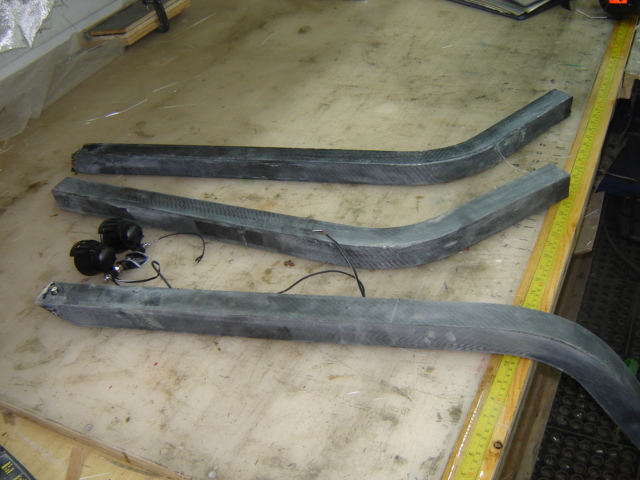 Also in the picture is the headlight assembly with a carbon and glass mounting bracket.  The bracket has a fair bit of adjustability so the light position can be fine tuned to the shell.  There is a captured nut bonded inside the front of the boom so it is possible to adjust the mounting position without having to reach in with a wrench.
Posted by velomobiles.ca at 10:28 PM