Here is a photo of the structural reinforcing bits that go into the Milan SL. 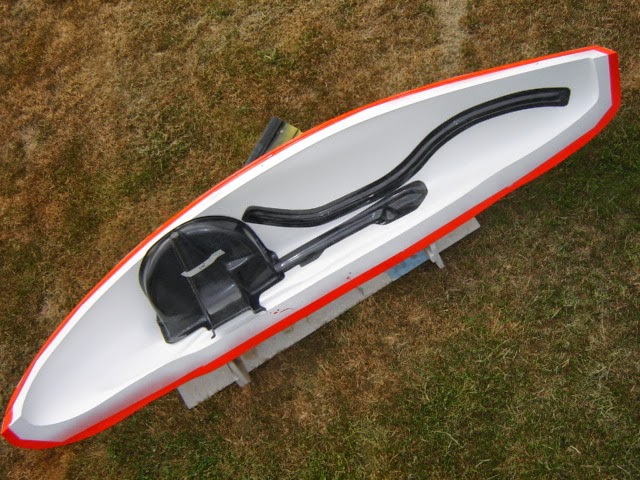 The wheel well is in velomobiles with enclosed front wheels.  The other ribs are sort of borrowed from boat building where stringer systems are quite common.  They are made from two layers of carbon with some extra reinforcing and then secondarily bonded into the shell.  I have thought of infusing the parts with foam ribs but by the time you add in the weight of the foam you are at about the same weight as the bagged parts and secondary bonding(hollow ribs).  I have a bit more freedom in shaping the ribs with my present method.  The long S shaped rib could be shorter but the added 70 g or so is a worthwhile addition in stiffening the panel.

I finally brought my Garmin along on one of the Wednesday night rides.  The ride ended up being about 50 km long with about 700 meters of climbing with an average speed of 26 kph.  I am faster when there are other riders along it seems.  Riding by myself doing the same sort of ride would be 3-4 kph slower. The first and last 5 km are slower than the average as I ride to the start and then back home again.  One interesting thing I noted was that the velo climbs better than an upright bike if the grade is low enough.  I'll keep track of at what sort of grade and speed at which this happens.  If it gets too steep like about 5% or more the extra weight of the velomobile really shows up.   One of these weeks we will do the Wednesday night ride out of Campbell River.  I am looking forward to the flatter terrain and smoother payment.
Posted by velomobiles.ca at 12:30 AM No comments:

First off a new rear cover for the rear wheel openings in the SL.  It took a while(three tries) to get it right. Delayed a couple of times by other stuff that needed doing but now we just need to sand and polish the modified part of the mould. 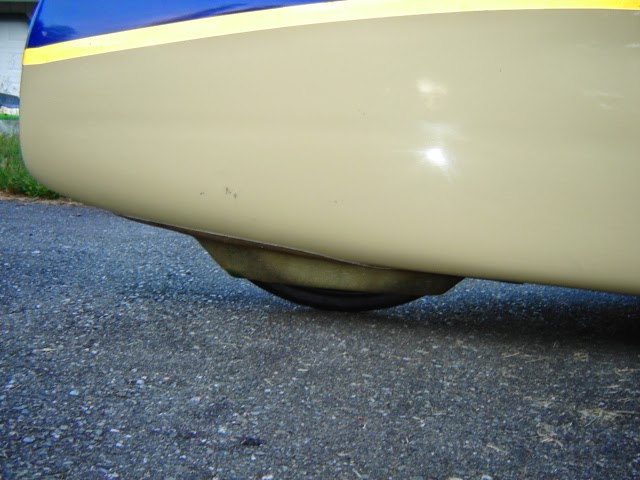 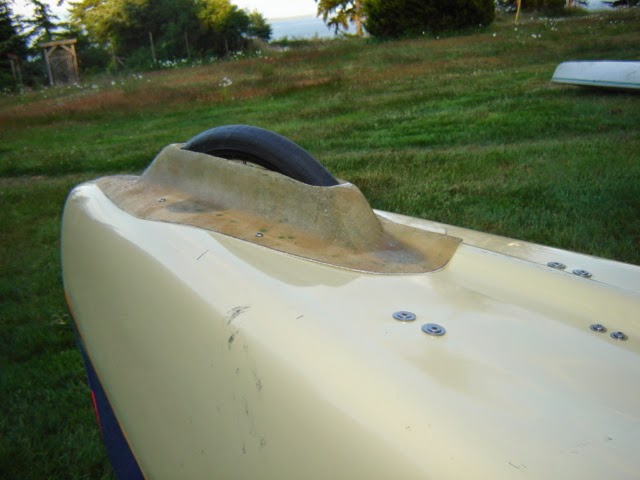 Hiding the tent away inside the GT or even the SL.  It fits very nicely in the turtledeck.  I stuffed the tent in separate from the fly but with a a bit more practice getting it all in would be pretty easy.  The poles and pegs fit up there too. What would work even better would be a new more compact tent.  New ones can be about half the volume.  Our tent is a good sized two person unit of an older vintage. 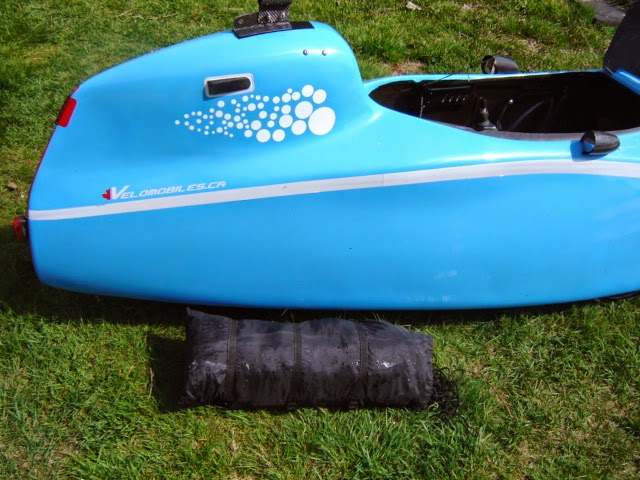 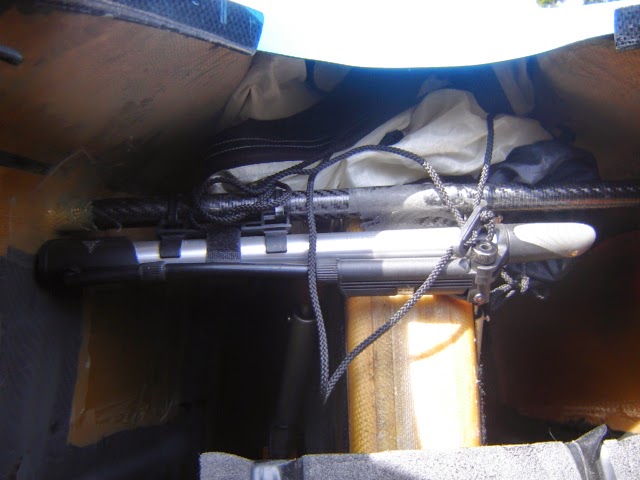 Tank vs central U-joint steering.  After having installed a few tank steering units in the GT and SL I can completely understand why, from a manufacturing perspective, central U-joint is the preferred system.  I have been trying to train myself to be good with either one but I just like the tank one better.  About 10-15 kph faster with the tank steering before things get uncomfortable.  I'll keep working on getting better with the central U-joint one.  The training process with the central U-joint has improved my steering with the other system.  Now I have to be more careful as it is too tempting to just let it run.  There are a few spots on the downhills here where you really should check your speed.   The rough road here encourages that anyway but you can still overdo it for the conditions.  I would much rather build new velos than fix built ones!!!  The one negative on the tank steering is that the levers take up some storage space.  In the picture you can see that it isn't all that much.  About a water bottle's worth of space but still with room for a bag beside the levers. What would be really handy is a foam shelf for small items just beside the levers.  It could be stuck on with Velcro so you can fine tune its location. 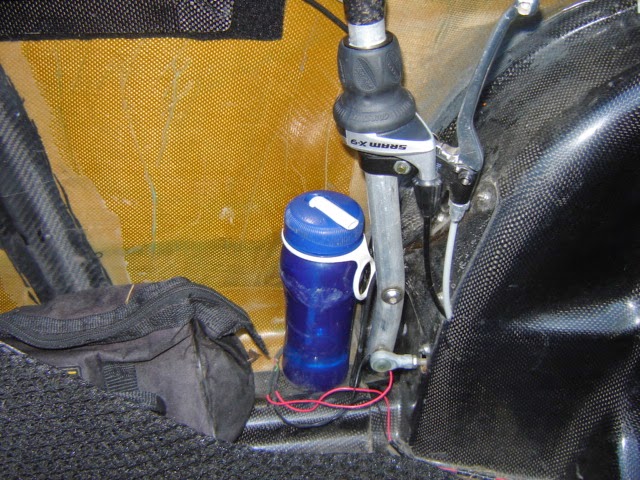 For the good, fast crowd, one could add a clear fairing to the back the the mirror fairing to clean up the aerodynamics around the mirrors.  A camera in the tail and screen would be even more aerodynamic but I really like the simplicity of mirrors even if they slow you down a bit.  I use them a lot and feel very uncomfortable without them.  Even having just one doesn't seem enough.  I would put having a mirror on each side onto the list of essential safety equipment.
Posted by velomobiles.ca at 8:24 AM No comments: