I discovered that it is possible to get the Milan GT up on two wheels and recover.  It just kind of happened on a downhill section with an S curve.  I brake a bit before the corner and then just let it run but this time there was a car coming around the corner.  I was close to the center of the road trying to stay away from the crown of the road as it is going the wrong way.  When I saw the car I moved more into my lane and the inside wheel lifted.  I had a quick look around to where I might end up if it rolled and slid but with a small steering correction, all was good.  Where I would end up was in the trees beside the road after sliding on grass.  The velo would have been a mess.   How the rider would have fared isn't too nice to dwell on(probably OK but very pissed off).  Now that I have lifted a wheel on the road you can tell quite easily when you are getting close.  One can feel the inside wheel becoming unweighted so you know when it is time to back off.  I will take this corner a bit more slowly in the future as I must have been close to lifting a wheel before as the left wheel started to feel light. 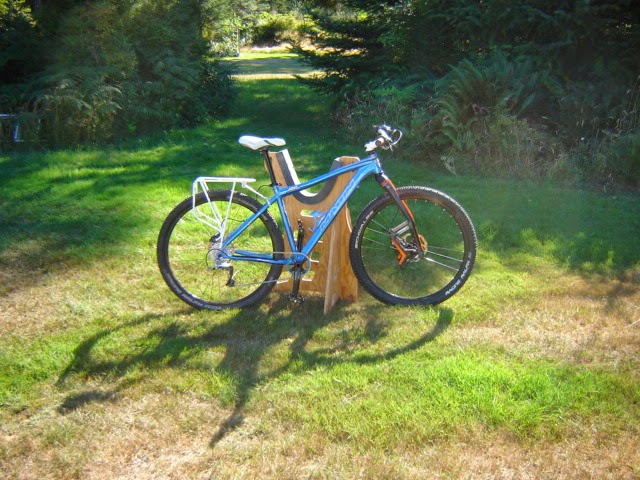 Back on two wheels of a different sort.  There is more riding to do on the island off road than on, so I now have a new bike.  Never had a bike I could ride much off road before so it is a new experience.  I do need to learn some new skills as the last time I rode an upright bike for more than five minutes was over twenty years ago.   Already fell over twice as a result of a bit of overconfidence riding some easy trails.  More practice required.  The front shock is an entirely composite unit, seems to work quite well and is quite light.  Maybe the basic idea can be adapted to work in a velomobile.   I built a composite rear suspension in the Aurora which works great but is hard to adapt to a tadpole configuration.   Putting both ideas together and building a prototype to try it out may happen once I have some spare time. 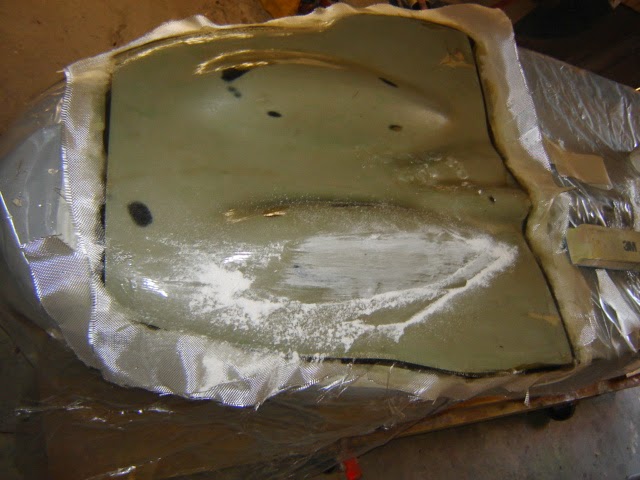 Building the pattern(plug) to create removeable foot(heel)covers for the Milan SL.  I laid up some material to mimic the thickness of the foot hole covers and now need to make it all smooth and shiny.  If you remove the foot(heel) bumps from the SL you increase the ground clearance considerably.  I had to tie some kayaks on a new car the other day and ground clearance for the car was about the same as the SL with the heel bumps removed.  Considering that the wheel base of the car was longer the SL may have more clearance.  I noticed that on the front bumper of the car there is a rudder strip that hides the scrapes under the car's front. With the heel cutouts you also get reverse back without opening the door and using your hand on the ground.  This works for me but for shorter folks this may not be an option.  You also get more ventilation with air coming in the foot holes.