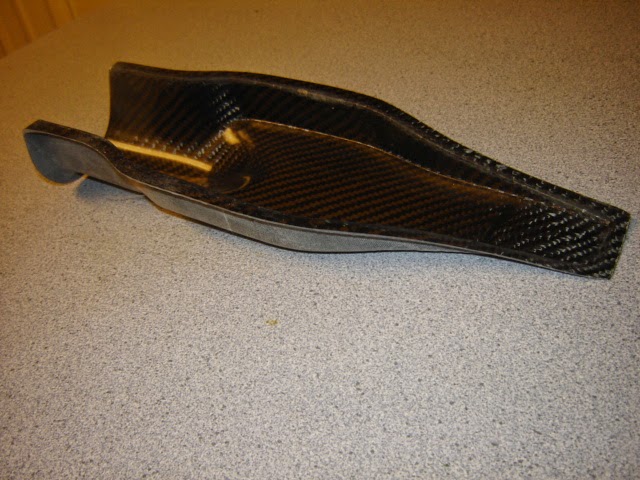 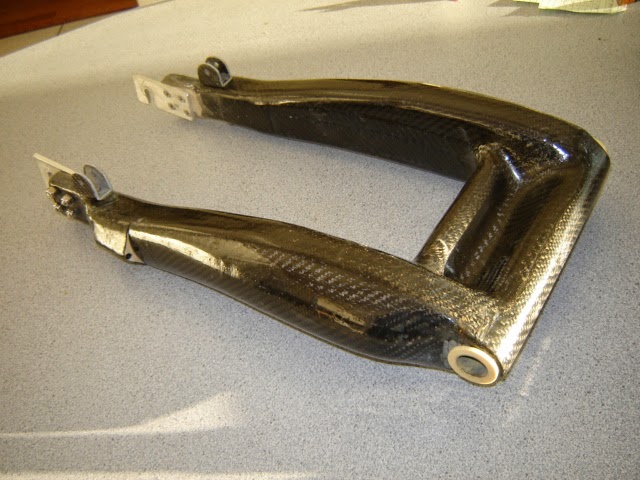 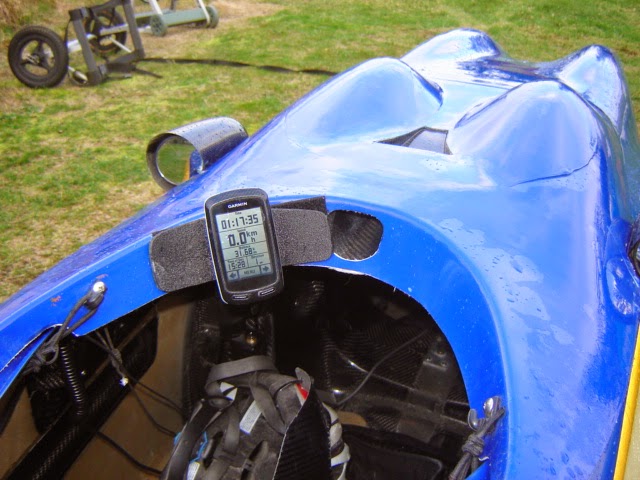 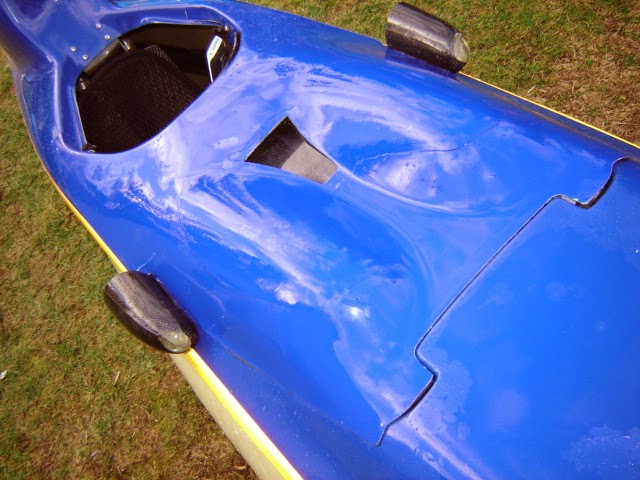 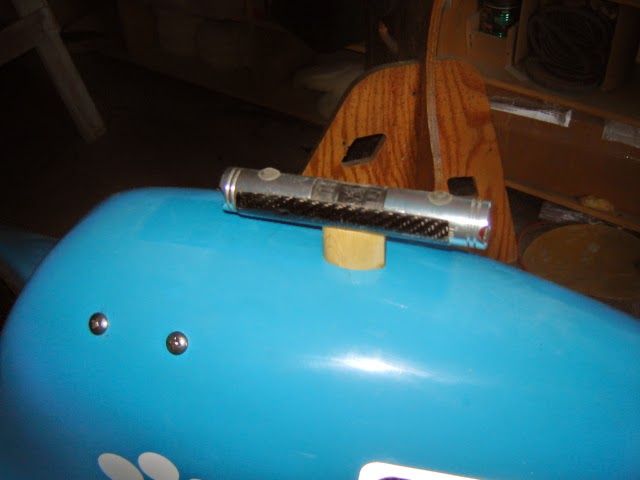 Here you can see the mounting bracket I have made up for some Lezyne lights.  Just three layers of carbon around a 1" tube,a teardrop shaped price of wood and a bolt to hold it on.  The tube is stiff enough to be a tight spring fit around the light such that you can slide it in and out.  I use them as daytime flashing lights.  Definitely lights to be seen by as the normal headlights are brighter by they don.t have a flashing function. 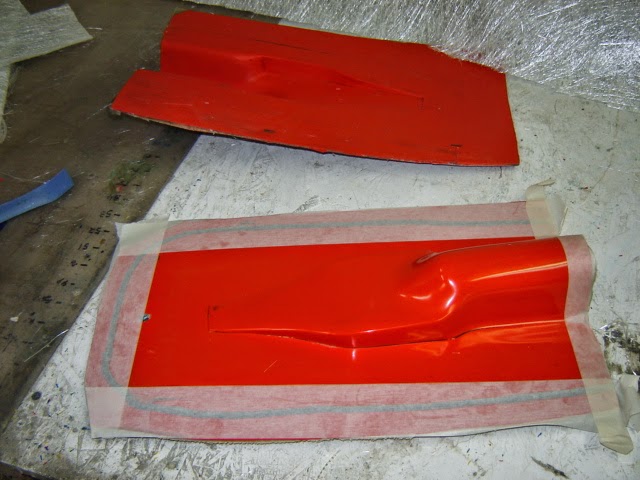 The second pattern for a NACA duct is in the background while the mould for it is in the foreground.  The mould is ready to be used so I can try the duct out in the door.  With the hood on this should help by being able to direct some of the airflow onto the front visor.  I will have to experiment some to see how it can be made to work best.

On the island here there is a New Years's Eve Epic Ride.   The goal is to ride about 100 km for the day and less if you are less ambitious.You start out at 9 am and the first section is a going north to Granite Bay about 20 km away.   I wasn't sure if I could ride by upright bike for three hours and about half the distance is on gravel road so I ended up using my short wheel base recumbent. It proved a bit tricky on some of the downhills when you encountered loose gravel.  Once at Granite Bay you ride back up to the paved road and then the group splits up.  The less ambitious folks head back to the start and ride the rest of the 100 km on the less hilly and mostly paved south end of the island.  The more ambitious ride out to Surge Narrows on a very twisty and steep road that is mostly gravel.  I rode back to the start and then home for lunch and to change bikes.  It was a welcome change to ride the Milan.  Much warmer and quicker, it being less hilly helps too.  The first bit was cold as it was at or below freezing so staying warm wasn't easy.  I stopped briefly at Granite Bay to take a picture and was soon back on the bike to try warm up a bit.  I slowed down going downhill a few times just to stay a bit warmer. Rode the last half in the velomobile and was nice and warm except my feet started to get cold after a couple of hours.  I could have put the neoprene covers on the cycling shoes or switched to regular shoes which would have solved the cold foot problem.   Ended up riding most of the day to get the 103 km in with over 1700 meters of climbing.   I have ridden over 250 km in a day that seemed less difficult.   There was a great turn out for the ride this year with about 60 participants.
Posted by velomobiles.ca at 10:39 PM No comments: