Have been working on this since last year.  After a few false started we ended up with this.  I have the parts in the mould( the orange thing) for alignment purposes. 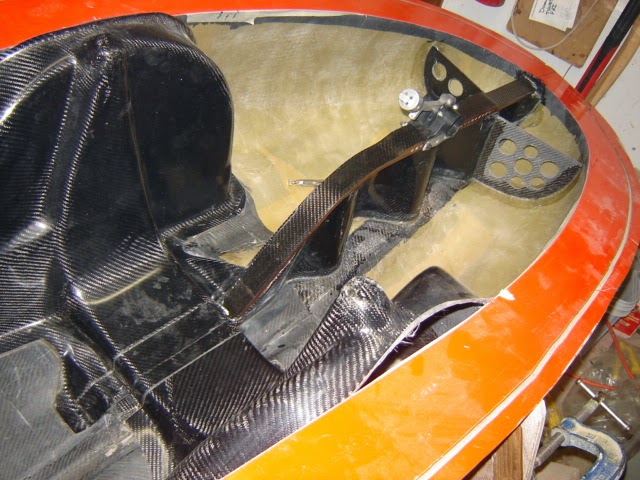 So far it seems to be stiffer than the aluminium boom it replaces.  The limitation for stiffness is the stiffness of the shell as the boom has to be attached to it.  Having the rather large "I" beam in the front of the wheel wells should really stiffen up the front end.  The really good part about this is we are saving around a pound.  The bad part is that it will cost more. 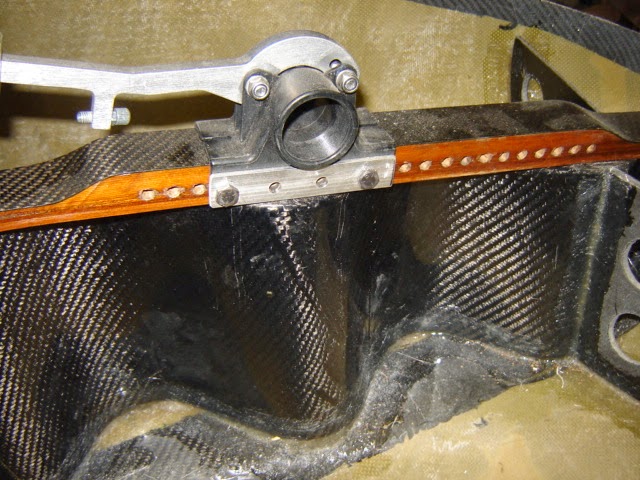 A close up of how you adjust the bottom bracket. There are to be four bolts that hold it in place.  One may get away with only using two saving a bit of weight.  Adjusting by two holes will most likely require changing the chain length as every two holes is two links.  The holes are spaced 1/2" apart.  Before coming up with this boom I tried wrapping a foam core with carbon.  That really got out of hand quickly as it ended up being a mess and went in the garbage.  Then I tried making the same thing in a mould but that got quite messy too.  The precision required to do it properly would require a CNC machined mould and a separate mould for the core.  I could infuse a top hat section in the mould and then fill it with foam.  This would take quite a while making it far too expensive.  After some calculations I determined that the carbon/foam one would only be 20g lighter than the wood core and carbon one.  I rather like using a bit of wood as it is nature's carbon fiber and can rival carbon when combined with composites and epoxy.  So what we have ended up with is a chunk of an expensive ski as the boom.


I have had the bottom bracket shell in my GT creaking some.  After tightening the clamps a few times I finally took one out to see what was going on.  It would go away for some time after each tightening but would be there again after riding some tough hills. Here is a the first attempt at making a replacement and the used clamp.  Upon looking closely at the clamp it has started to bow on the vertical sides.  It was only applying pressure at the top and bottom corners.   I was using a torque wrench to get the bolts evenly tight and getting worried about snapping the clamp.  The first attempt at an improvement, while it works it wasn't easy to install as it has too many loose parts. 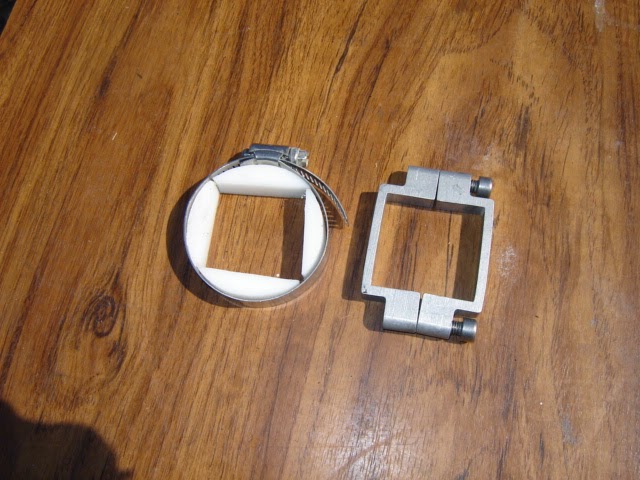 This is about version eight.  Only two parts with some flex in the corner.  I can't see why it shouldn't be an improvement unless the hose clamp isn't up to the job.  There are much stronger hose clamps than the ones I am trying out if these fail. 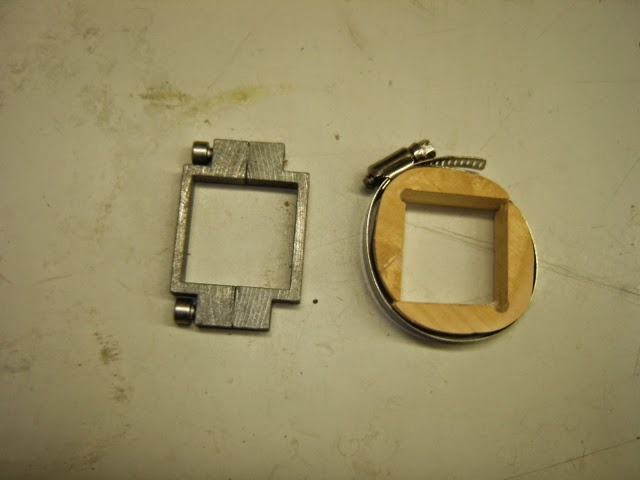 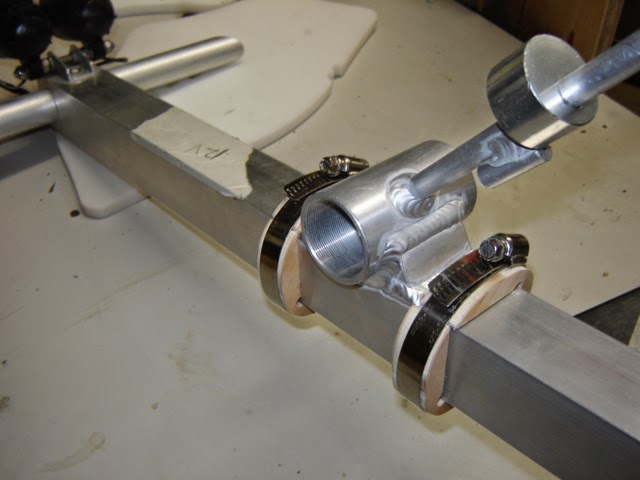